Puerto Vallarta was a small Mexican fishing village before John Huston’s 1964 film, The Night of the Iguana. When John Huston filmed The Night of the Iguana here in the 1960s, big Hollywood stars such as Ava Gardner, Richard Burton and Elizabeth Taylor came to stay, and the little village became a major tourist destination. Elizabeth Taylor arrived to keep an eye on her lover, Richard Burton, while he was filming with the voluptuous Ava Gardner. The publicity buzz about Burton and Liz’s sultry affair and the success of the movie, put Vallarta on the tourist map.

And now there’s a new hotel that is tribute to their passion and glamour: Casa Kimberly, an intimate nine-suite hotel built on the ruins of the house that Richard Burton bought as a birthday gift for Elizabeth Taylor’s 32nd birthday. Now, after almost a decade of planning and renovation, the totally renovated and expanded Casa Kimberly opened in December 2015 as a luxury boutique hotel. It is owned by Janice Chatterton, who also runs the acclaimed Hacienda San Angel just around the corner.

Casa Kimberly is cuddled into the side of the mountain in the Romantic Zone (Zona Romantica) and overlooks Our Lady of Guadeloupe Church. It is steps away from its sister property, the Hacienda San Angel. Guests can zip over to the San Angel for breakfast or take a dip in the pool if they like. The hotel is a short walk from the beaches and the Malecon, where locals and visitors do their evening strolls. The markets nearby offer good shopping for local artisanal products, such as silver and turquoise jeweler and Mata Ortiz pottery.

Casa Kimberly, in keeping with the reputation of its illustrious former celebrity owners, offers the VIP treatment. The hotel is visually impressive, combining antique oriental carpets and crystal chandeliers with traditional Mexican design, a cross between the old Hollywood glamour and sturdy Mexican comfort. You will see marble staircases, blue-and-white tiles, white carved statues of saints, and everywhere, touches of Liz and Dick. The Velvet Suite, named after Liz’s role in National Velvet, has French doors that open to a sun-washed terrace with views of the Sierre Madres, the terracotta roofs of the city and the blue water of Banderas Bay.

The largest and most lavish room is the Liz Taylor suite, occupying approximately the same space where Liz’s bedroom would have been. There’s a large sitting room/dressing room, with a heart-shaped tub like the one that Liz ordered – there was a breakdown in her communication and the tub is an anatomically correct heart shape. The opulent Elizabeth Taylor Suite comes with its own private pool, Jacuzzi and wrap-around terrace. Guests occupying the Taylor Suite can escape modern-day paparazzi by using the private elevator. 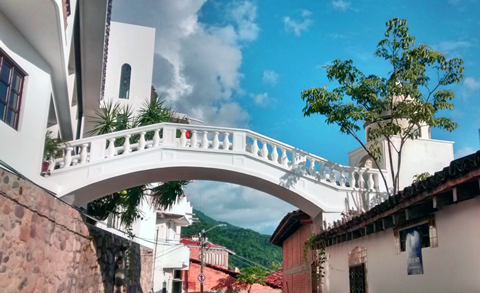 All the suites have white plaster walls with honey-colored marble floors and see through drapes which means it is not necessary to use the air conditioning. The bridge that Burton built to discretely connect Liz’s casa to his (they were both married to other people at the time) is still there. The bridge connects the main part of the hotel to the Richard Burton suite, two smaller suites, and the hotel pool.

There’s an endless choice of excellent places to eat in Puerto Vallarta, but it would be a shame to miss the hotel’s Iguana Restaurant. Six evenings a week, the twelve-piece Joya de Mexico mariachi group serenades guests with everything from traditional mariachi to Hollywood and classical tunes in The Iguana Restaurant & Tequila Bar. A larger-than-life portrait of Elizabeth Taylor presides over the elegant alfresco space. The executive Chef, Eduardo Michaga Lucero is from Mexico City, prepares the fine cuisine at both The Iguana and Hacienda San Angel. His menu is an inventive combination of gourmet fare with a Mexican twist. His dishes are beautifully presented with robust flavors but not overpowering. There are also excellent options for dessert such as an airy flan with chocolate sauce. After dinner try a dance around the trickling fountain in the courtyard under a sky studded with stars. The perfect way to end a stellar “Night at The Iguana.”

Read about THE TRUE STORY ABOUT THE MAKING OF “THE NIGHT OF THE IGUANA” in the book .... A Stolen Paradise. 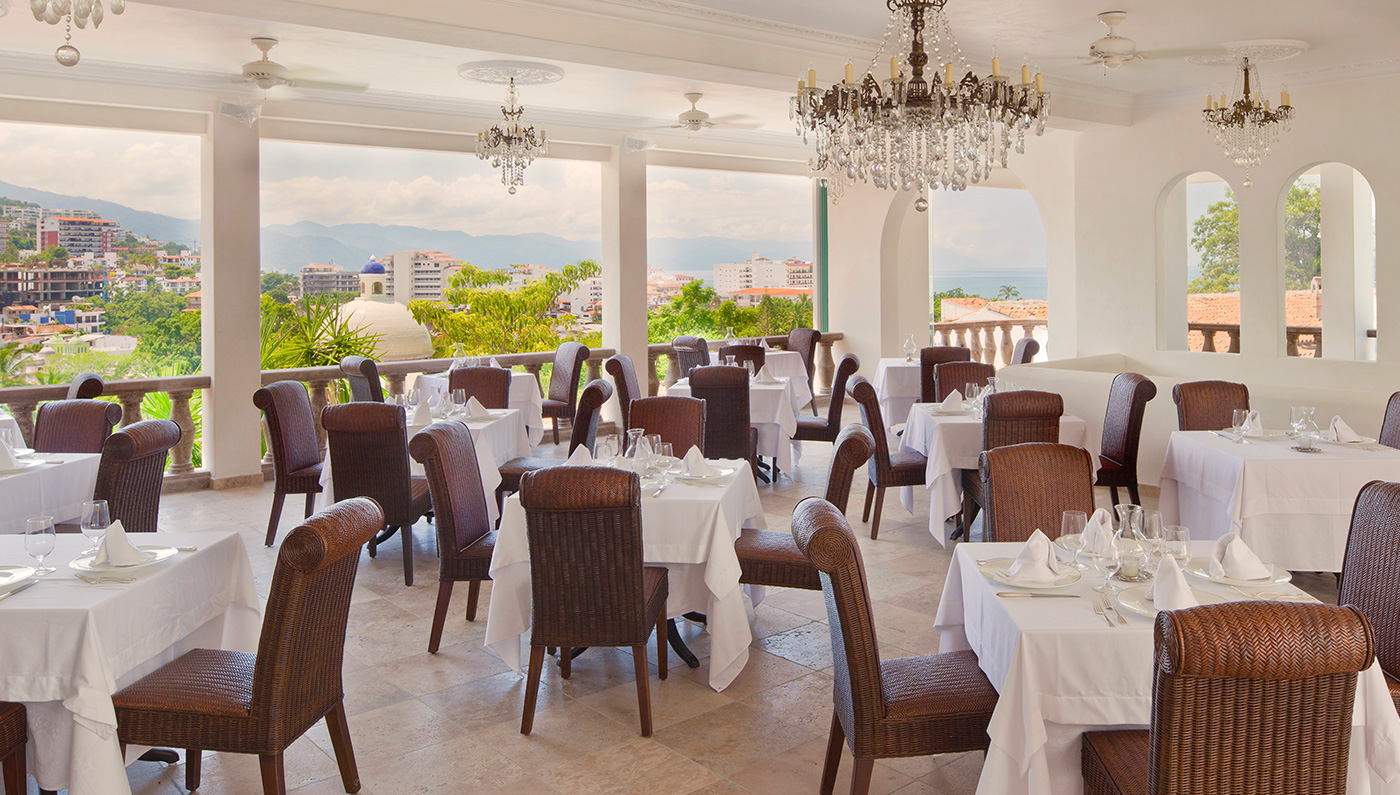 Review Us on TripAdvisor

Find Us on Social Media

Looking for businesses in the Bay?

The first complete online business directory separated by each city for all of Banderas Bay. 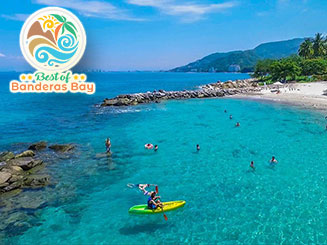 OUR TOURS ARE ALL INCLUSIVE!

The Weather in Vallarta